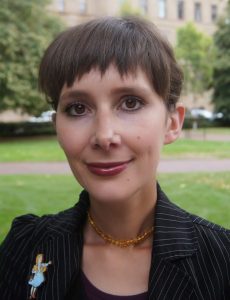 Kate Gordon’s marvelous new middle-grade novel will sing to every sensitive girl or woman who has ever felt herself to be an outsider. The Heartsong of Wonder Quinn is a gothic children’s fantasy that soars above its tropes – Direleafe Hall, the once grand, but now dilapidated school for girls; Ms Gallow, the grim-faced teacher and Hollowbeak, the talking crow. Then there is Wonder, the faded orphan who lives in the school’s attic archives and longs for her classmates to see her.

One year, the vibrant, mischievous and endearing Mabel Clattersham sits next to Wonder in class. Mabel sees Wonder, and their powerful and thrilling friendship begins.

The Heartsong of Wonder Quinn is infused with gentle wisdom. Wonder warns Mabel that it is alright to be naughty, but not mean. And it transpires that Mabel’s early antagonist, Ms Gallow, was once bullied by a girl like Georgiana Kinch, the girl who is bullying Mabel.

Charged with poetic language and existential wonder, The Heartsong of Wonder Quinn probes the intense emotional states of girlhood, dealing with pee 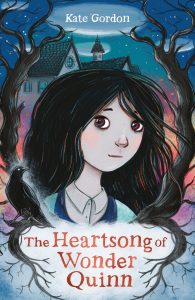 r group pressure and popularity, love, grief and bullying, and what it means to be both alive and ‘infinite’. Counterbalancing the heartbreaking elements of the story is Wonder’s imagination, generosity, bravery, loyalty, and her enduring love for her lost mother and her friend, Mabel.

The ‘reveal’ in the epilogue is satisfying and achingly beautiful. Kate Gordon has created a book that young readers will carry around in their hearts forever.