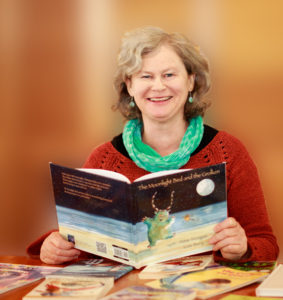 Anne Morgan is a full-time writer who lives on Bruny Island, Tasmania. She has a PhD in Writing, for which she won a university medal, and a Master of Education Degree. She has worked as a journalist, public sector administrator, teacher and professional actor.

She is the author of twelve children’s books and onefull-length volume of poetry.